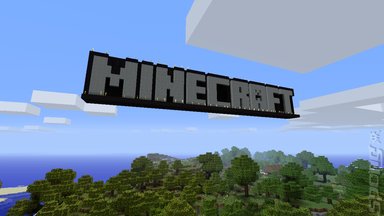 Minecraft creator Marcus 'Notch' Persson has revealed that, while he has enjoyed the success of his expansive adventure and construction game, the pressure to create something new has given him something of a 'writer's block'.

We all hear of AAA studios and the intense pressure put upon them by publishers to consistently create chart-topping blockbusters. For Persson, Minecraft's explosive success came as something of an accident. "I definitely think Minecraft is a freak thing,? he said in a piece on the New Yorker. "There?s no way you could replicate it intentionally.

"And yes, I?m starting to feel writer?s block as a result. I?m not sure if it?s pressure to repeat... Actually, it is the pressure to repeat. And with Minecraft it was just easier, because nobody knew who I was. Now I post a new idea and millions of people scrutinize it.

"There?s a conflict between the joy of being able to do whatever I want and the remarkable pressure of a watching world. I don?t know how to switch it off."

Persson created Minecraft in 2009, but stopped working on it in 2011 to focus on new projects, such as the spacefaring 0x10c. The developer also spoke of the unorthodox manner in which Minecraft presents itself, and how its unique approach contributed to its success.

"Infinite power just isn?t very interesting, no matter what game you?re playing . It?s much more fun when you have a limited tool set to use against the odds. Usually, a new player to Minecraft doesn?t make it through the first night. They?re just not prepared for the danger. It?s a harsh lesson but it establishes the rules."
Companies: Mojang
People: Markus Notch Persson
Games: Minecraft

ergo 15 Apr 2013 21:37
1/1
Not to take anything away from this guy, but the idea for Minecraft wasn't particularly his, so his concerns should be taken with a grain of salt, both by himself and gamers.
Posting of new comments is now locked for this page.