About coming of age. 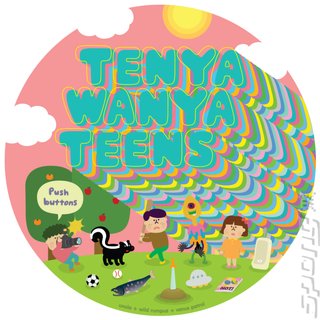 Thank the Lords! Katamari Damacy creator Keita Takahashi hasn't given up on the games industry just yet. In fact, he and his wife Asuka Sakai have formed an independent studio called Uvula - and their first game, Tenya Wenya Teens, will be officially showcased at GDC next week.

So decidedly mental then, just like Takahashi's past work. The two-player party game is played with an interesting 16-button controller, which looks a bit like a modified arcade stick.

"It's a game about trying desperately to not say or do the wrong thing at the wrong time - that universal struggle to maintain the façade of normality during the awkward transition from child- to adulthood," reads the report on Venus Patrol.

"But, more than anything, really, it's a silly party game for two players armed with sixteen buttons each."
People: Keita Takahashi