Its name appears on the warrant, though. 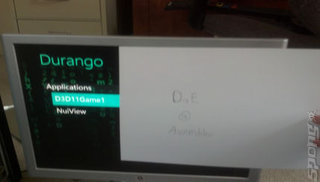 All Images (2) »
Microsoft has said that it "did not initiate" the high-profile FBI investigation of SuperDaE, the person responsible for alleged leaks surrounding the next-generation Xbox.

The anonymous internet tipster, who claimed to be in possession of a Durango development kit, was raided by FBI and Australian police last week. While a lot of reports pointed the finger at Microsoft, the Xbox company has issued a statement vehemently denying any involvement in the case.

It reads, "Microsoft did not initiate this FBI investigation with this individual, as has been asserted in some of the articles in the media. We take security very seriously and have no evidence of any compromise of our corporate network. We have no further comment on this matter."

However, the company's name appears on the investigation warrant (obtained by The Tech Game), which would go some way to rebunk Microsoft's debunking. Curiouser and curiouser...
Companies: Microsoft