Peter Molyneux - Not Retiring After All 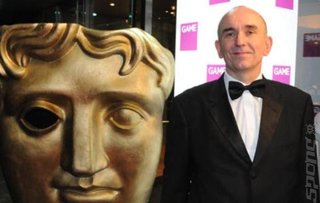 Last month English games making luminary and legend, Peter Molyneux, apparently announced his intention to retire after completing his next game. This, it turn out, is not exactly the case.

In November, Mr Molyneux was quoted as saying: "I?m only going to make one more game, I think..." That thought - and the retirement it supposes are now 'abhorrent'.

Speaking to GI.international he puts his foot very firmly on the neck of retirement talk:

"I wasn't in any way announcing my retirement or saying I'm going to throw myself off the nearest bridge after my next game.

"I'm either going to stop making games when everyone in the world just hates the games I make or the day when I die. I feel more passionate, more engaged, more energetic about making games now than I ever have. The thought of retirement is abhorrent to me. I would have to be in some vegetative state to consider retirement."

Frankly, for all that Molyneux can be accused of over promising, the idea of a games industry bereft of his imagination is a nasty idea. We are currently mired in a risk adverse, sequel fuelled creative doldrum with few creative thinkers in the UK. Peter Molyneux at least stands out and his not afraid to have to odd dream or two.
Companies: 22 Cans
People: Peter Molyneux