THQ: Metro Last Light on Wii U Would Need a Dedicated Team 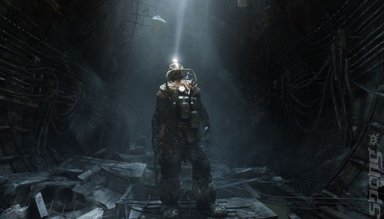 THQ has attempted to clarify comments made by 4A Games' chief technical officer Oles Shishkovtsov, who explained that the Wii U's "horrible, slow CPU" was the reason why Metro: Last Light was not being developed for the Nintendo platform.

"It's a very CPU intensive game... the CPU on Wii U on the face of it isn't as fast as some of the other consoles out there," said THQ's Huw Benyon to Eurogamer. "Lots of developers are finding ways to get around that because of other interesting parts of the platform.

Benyon did admit that in fact, it was within THQ's and 4A Games' power to make a Wii U version of the game. "We genuinely looked at what it would take to bring the game to Wii U. It's certainly possible, and it's something we thought we'd like to do.

"The reality is that would mean a dedicated team, dedicated time and effort, and it would either result in a detriment to what we're trying to focus on, already adding a PlayStation 3 SKU, or we probably wouldn't be able to do the Wii U version the justice that we'd want."

The THQ rep, who works closely with 4A Games and the Metro franchise, added that he was frustrated about "the way [the original] story's been spun out... there's been no opportunity to say, 'Well, yes, on that one individual piece maybe it's not as... maybe his opinion is that it's not as easy for the way that the 4A engine's been built as is the others.

So, as previously reported, it seems that Metro: Last Light's Wii U cancelling has a lot more to do with 4A Games' manpower than its ability to fully develop the game. But, Shishkovtsov's comment about Wii U's CPU, independent of that fact, doesn't appear to have been disputed. We're glad that's all cleared up.
Companies: THQ
Games: Metro: Last Light

(Also: wtg THQ, you've now alienated the Nintendo fanbase, something a company in your rather precarious financial position can ill afford.)