Resident Evil 6 DLC - on Disc or Not? A Clarification

Capcom does a very, very quick clear up 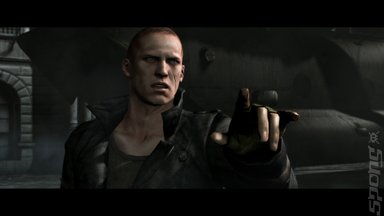 Let me just clear that up for you, M'kay?
Capcom has been quick off the mark to deflect Dragon's Dogma-style On Disc DLC outrage when it comes to the DLC available on disc and off for RE6. It has issued a clarification.

The DLC in question refers to two free DLC items will arrive as a title update "soon" according to Capcom. Which states, :No Hope difficulty mode (which is, y'know, super hard) and a co-op partner for Ada's campaign. Said campaign was meant as a solo affair for Ms Wong, but odds are you'd like to play through it again with a pal - soon you can!" before clarifying...

"...some data of this update is on the disc, but said data is incomplete and requires the actual download to access. But again, free. Mercenaries costumes are residentevil.net unlocks. Simply register for the site and start earning RE points for those goodies."

But there is more, "Future paid DLC - like the multiplayer modes we revealed a while ago - is not on the disc. We said as much a month ago, but that point may have been lost in the shuffle."