As long as they remind players of Pokémon though, he's happy. 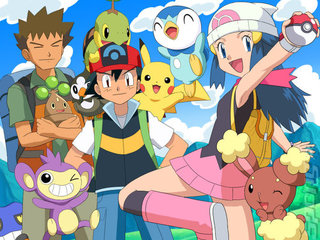 Game Freak producer Junichi Masuda has commented on the number of copycat Pokémon games on social networks and mobile devices. And as long as such games remind players of the monster-collecting original, he can rest easy.

"It's definitely a difficult subject, for sure; there are definitely some concerns there," Masuda told Gamasutra. "I'm not really sure how far, or how much they copy, or are similar to the Pokémon games -- but as long players are looking at them and thinking, "Oh, this is similar to Pokémon", and as long as they're thinking of Pokémon, that's something that I'm happy about."

The original Pokémon titles on the Nintendo Game Boy were a huge hit back in 1998, and sparked not only a huge following with kids and adults alike, but a number of competing franchises that sought to rival Game Freak's creation. Now those products are long gone, but have been replaced with imitating games on Facebook and iOS.

"However, we do feel that we need as many people as possible to play the Pokémon games; it's important, because the aspect of communication, having more people communicate with each other, is very important for the games. But what we focus on is what our players feel. We just want to keep innovating, doing our best, and making sure that we can make the best games possible, so players will enjoy them."

Then comes the bitchslap. "And just from a creator's point of view, sometimes I wonder whether people who make these really similar games -- or so-called copies -- whether they really want to make that kind of game; if they don't want to make their own thing, instead."