Molyneux: Lack of New IP Based on "Ridiculous" Reliance on Console Cycle 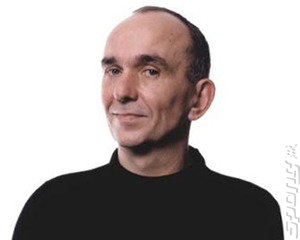 Games design legend Peter Molyneux has spoken out against the "lazy" nature of publishers and their reliance on console cycles - which has led to a "ridiculous" reticence to establish fresh IPs.

"Two years ago, developers were going to publishers and saying we'd like to do this [new IP], and the publishers were saying, 'It's too late in the generation now'," Molyneux said in an interview with Games Industry. "The first time I heard that was about four years ago - it's ridiculous."

He added that the games industry has "become so used to the console cycle, and in a way we've become lazy." So, what's the answer? It seems the PC industry, which isn't tied to any such cycle, and the post-PC sector will be the way forward.

"The hardware iteration of [the iPad] is every six months: not every six years, every six months. If we're not careful - and in fact this is highly probable - by the time that this generation finally comes out, which will probably be in about 14 months time, this little puppy might well be more powerful than the new consoles."

The lack of new IP towards the end of a console generation is rather troublesome - and some companies, such as Ubisoft and Capcom, are trying to rectify this with Watch Dogs and Remember Me. The positive reaction of these titles from consumers and press alike shows that such ideas may not necessarily be huge risks.

After all, publishers can't advocate a longer console generation whilst simultaneously stifling creativity on the basis that a new wave of platforms will be arriving soon. It's a little bit haphazard.
People: Peter Molyneux