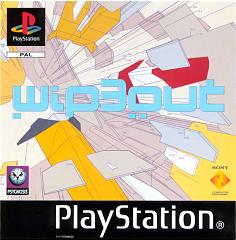 Sony has confirmed that it has closed WipeOut developer Studio Liverpool. This follows rumours that the SCEE-owned studio formerly known as Pysgnosis and a mainstay of the UK games industry since its origins in the mid 1980s (and its Lemmings-making days in the 1990s) was being 'reorganised'.

The rumours kicked off this morning on the GRcade forum with the following post:

The reorganisation was confirmed by Sony (which bought and renamed Psygnosis in 2001) as a closure to CVG.

The full statement from Sony reads:

"As part of SCE Worldwide Studios, we do regular reviews to ensure that the resources we have can create and produce high quality, innovative and commercially viable projects in an increasingly competitive market place. As part of this process, we have reviewed and assessed all current and planned projects for the short and medium term and have decided to make some changes to our European Studios.

"However, it was felt that by focusing our investment plans on other Studios that are currently working on exciting new projects, we would be in a stronger position to offer the best possible content for our consumers. Our Liverpool Facility will continue to operate, housing a number of other vital WWSE and SCEE Departments.

"This should not take anything away from the great work WWS are doing and the incredible games and services that we have made, and continue to make.?

Yes, corporate sanitisation based on the price of everything and the value of nothing. Our hearts all go out to the people at Studio Liverpool.

Speaking personally, in my Amiga magazine days it was always a pleasure dealing with Psygnosis. This is a huge blow to the soul of UK development.
Companies: Psygnosis Studio Liverpool

config 22 Aug 2012 11:00
1/3
Gutted. While I've hardly been delighted with Studio Liverpool's latter year produce, it's still sad to see the remains of the great Psygnosis buried.

John Wilson 22 Aug 2012 13:54
2/3
So sad. Psygnosis were a great company. Lemmings 2 for the amiga was a great game and when i got an error on the disc they repaired it free of charge. Such a sad time.