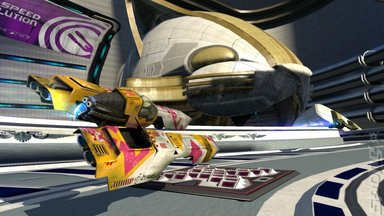 WipEout HD and WipEout HD Fury have become the latest games to feature cross-purchase compatibility, as Sony has announced the release of expansion packs for WipEout 2048 for Vita that offer portable versions of all the tracks from the home console racer. The best thing is, if you already own WipEout HD or the WipEout HD Fury expansion on PS3, the add-ons are free to download to your PS Vita!

What you can expect to find in each Game Pack can be found below. Until release, let's all be happy that Sony is adding more games to the cross-compatibility features of PS3 and Vita.