Deal just snuck in for E3 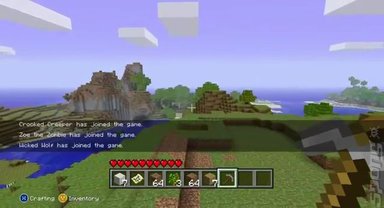 While clearly someone at Microsoft realised that putting Minecraft on XBLA was a good idea, there were plenty of Microsoft insiders who were perplexed by its appearance at E3 last year according to Phil Spencer, head of Microsoft Studios.

"Even the people inside Microsoft, as they were looking at it, were thinking, 'What is that Minecraft thing and why are we putting it on stage?'" Spencer told Destructoid.

In fact, the deal to put the PC indie hit on the Xbox's download service was only signed off a week before the conference, Spencer said. Even more surprising is the fact that the graphic Microsoft used at the presentation was only put together the night before.

"And then the thing comes out and sells 2 million copies in a month," Spencer said. "Did I know that? No. Even Mojang didn?t know that."