Inside Xbox UK has been Discontinued

The end of an era. 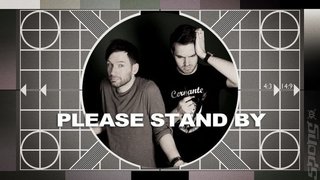 Inside Xbox in Europe has been cancelled. The incredibly popular first-party video content service, produced in the UK and presented by Dan Maher and Andy Farrant, has suffered the same fate as its US counterpart last week.

While the news of discontinuation has obviously angered fans of Inside Xbox programming such as Sent U A Message and The NeXus, what's wound up the community even more is the fact that the message was delivered by US representative Larry 'Major Nelson' Hryb.

In an amendment to last week's blog post regarding US video content, Hryb wrote that, "the team in Europe has been investigating what makes most sense for them and the Xbox LIVE community as they continue to strive to deliver the latest gaming and entertainment news for users across the region.

"As such, they have decided to move away from the current first-party produced content model and transition to a third-party content model, which will provide timely and locally-relevant content to users across more of the EMEA markets."

The response has not been kind. "Insulted that the UK guys of InsideXbox had to wait for Major Nelson to announce it on his precious blog in US time and keep them waiting for the confirmation of the axing of the content," reads one comment. "The shift from community driven content to more "lets get it for free and sell some ad space for cars and McDonalds clearly is the evolution of the Xbox."

Another comment adds, "I have to say that it's sad to see our xbox community ending like this. It's been one thing after another… Our forums have degraded to bitch fests, our friends lists are running dry, and our favorite games are collecting dust. The bottom line is our community is dying a slow painful death."