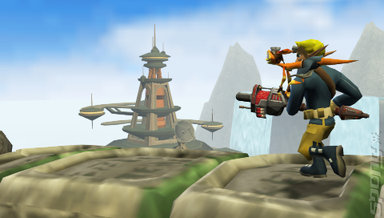 Before the announcement of The Last of Us, Naughty Dog was heavily exploring the possibilities of developing a new Jak & Daxter platform game - but shelved the idea because it (in its own words) couldn't do the series justice.

"Something that we talked about early on was, 'Let's go back and apply what we've learned on the Uncharted games to Jak and Daxter.' It's one of the franchises that's near and dear to us, and, in all honesty, we'd like to somehow honor," co-president Evan Wells told Game Informer.

"But as we started exploring this and looking at ways we could evolve the game and apply the same narrative techniques that we had leveraged to good effect in the Uncharted series and bring the technology forward and allow us to render in a more realistic style like we were able to do in Uncharted, all the ideas just started to feel like they were going so far away from what made Jak & Daxter, Jak & Daxter."

A shame, but at least The Last of Us looks good. And we know Naughty Dog aren't willing to phone in a Jak game just to please fans. The team could have tried to not apply lessons learned with Uncharted to the series though. That might have worked.