Well, the voice of Nathan Drake - Nolan North that is. 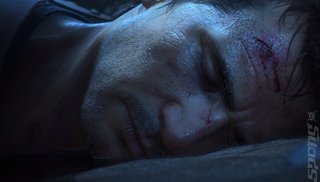 Nolan North - voice of Uncharted's star male character Nathan Drake - has dropped something of a bombshell for fans of the series creator, Naughty Dog.

According to the actor Uncharted 4: A Thief's End (video below) will be the last Uncharted to be made, at least by Naughty Dog.

He told IGN, "It?s bittersweet but at a certain point you want to go out on top.