Last of Us PS3 Owners Could get PS4 Version Discount

Sony's looking into it 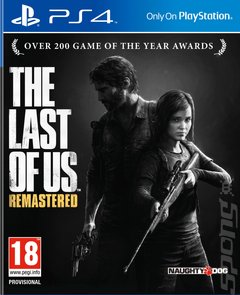 Sony may offer The Last of Us: Remastered at a discount to those who already bought the original game on the PlayStation 3.

In a comments thread over on PlayStation Blog, Naughty Dog's Eric Monacelli responded to a question from a fan as to whether owners of both the original game and the season pass will get a discount.

"We’re looking into the business model for all this and will post about this once we have input from all regions," replied Monacelli.

Sony has received criticism from some quarters for releasing a full price Remastered version of the game a year after the original turned up.

The Last of Us: Remastered includes the game, all the main content updates including Left Behind single-player expansion, the Abandoned Territories map pack and the Reclaimed Territories pack, as well as upscaled graphics and commentary tracks.

The original purpose of the blog post was to serve up some information on the Grounded Bundle. That includes the new ultra-hardcore single-player grounded mode, the aforementioned Reclaimed Territories map pack and the survivalist weapon bundle.