Nothing from Microsoft at E3 in terms of new consoles 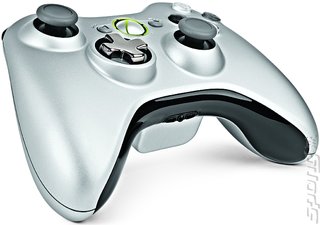 Cedrick Delmas, marketing director of Microsoft France has joined his countryman and Sony CEO Philippe Cardone in dampening the rumour fire in terms of New Gen consoles for this year.

Speaking in an interview with French magazine Le Point Msr Delmas points out that, as sales of the Xbox 360 are in decline in his territory:

"The consoles have been around for almost seven years now. Of course we are a little at a crossroads with the arrival of next-generation platforms, as seen on laptops with the 3DS and Vita and then, soon, on consoles with U Wii from Nintendo."

So, this means a new one from Microsoft, right? Not so fast.

"We are in an industry where it talks a lot, it likes to tell stories," states Msr Delmas. "I am not convinced that things are happening this year. The cycle of the Xbox 360 is by no means complete. The proof we are not at all parties on the logic of price drop this year. After that, it will happen at E3, it is still premature. What is certain is that there will be nothing new in 2012."

It's going to be all Nintendo at E3 then, right?