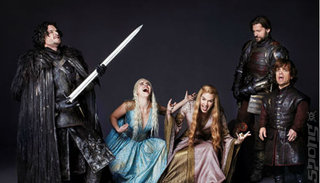 Pre-E3 reports are claiming that Microsoft's longtime plan to get some form of Xbox into your living room as a media delivery system rather than a simple games console are being advanced.

Specifically, sources are claiming that Microsoft will drop the stipulation to pay for an Xbox Live Gold subscription in order to use media streaming services such a Netflix and Hulu.

Ars Technica states that it has also been told, "that Xbox Live Gold may put other services behind the paywall to make up for this shift, though those sources could not confirm whether that includes existing services or if that only includes upcoming content like TV series from Xbox Entertainment Studios."

So, swings and roundabouts?
Companies: Microsoft