EA Has Invested Half a BILLION Dollars in Star Wars

And Bioware was attracted by working with Riccitiello 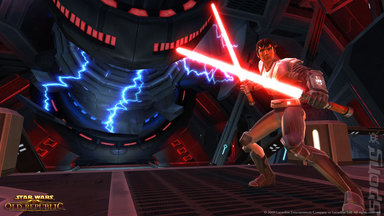 According to one analyst, Electronic Arts has dumped nearly half a billion US dollars on attempting to get SWTOR in a position to beat Activision/Blizzard's World of Warcraft.

Speaking to MarketWatch, Doug Creutz of Cowen & Co states that, ?I think it?s safe to say that the total all-in investment in ?Star Wars? is probably approaching half a billion dollars.

He continues, ?EA has minimized its risks as much as it can on this bet, but it?s still a risky bet. To the extent that any one game defines his tenure, it?s going to be how ?Star Wars? performs.

This is all part of a profile on CEO John Riccitiello, who having had a financial interest via Bono's Elevation Partners, was able to on his return to EA to get Bioware into the fold.

?Knowing we would work with John again was a tremendous plus to make us want to join the company,? BioWare co-founder Ray Muzyka states, ?At every step along the way, they worked with us to focus on our core values.?