Too Human Developer Losing Too Many Humans 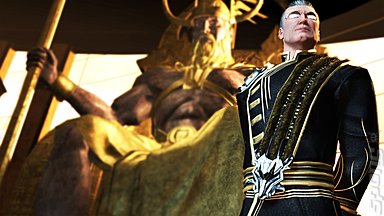 Too Human developer Silicon Knights has seen its workforce cut from nearly 100 to 25 core human members of staff.

1Up reports one 'credible independent source' stating that, "Silicon Knights has had massive layoffs. They are now down to a core staff of 25 people."

This is corroborated by a second source who states, "It may interest you to note that SK laid off all but 25 employees today."

The report also lays out some financial facts, "This outcome follows the St. Catharines, Ontario-based studio receiving three recent funding grants, totaling CDN $8 million: $1 million in 2008, invested by the Ontario Media Development Corporation, $4 million in 2010 via the federal government, and most recently, $3 million in July 2011 via the Ontario government."

Bear in mind that SK is run by Dennis Dyack. That's the same Dennis Dyack who, in 2009 speaking about the global economic downturn pointed out that, "we're really excited because we're going to be able to come out, and the industry is going to rebound and grow, and we'll be one of probably five companies in the world that has any serious business beyond ten years."