Improvements will come in the form of optimisations. 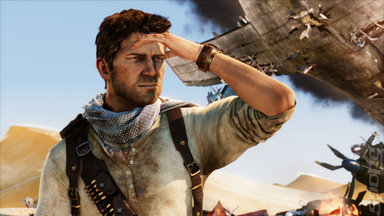 Naughty Dog has told SPOnG that the graphical leap between Uncharted 1 and Uncharted 2 is something that can only be achieved once per generation - and that you won't see a similar jump again on a PlayStation 3.

Speaking on Uncharted 3's graphical improvements, game director Justin Richmond revealed that much of the work made was on 'under the hood' upgrades and optimisation of code, and that future games on the PS3 will follow the same practice.

"Uncharted 3 isn’t just an incremental update - we did change lots and lots of things - but graphically speaking, it’s not going to have the same gap [as between Uncharted 1 and 2]," Richmond said. "It was never going to happen.

"The way we made it, how much of the PS3’s power we were using... that huge gap that you saw between Uncharted 1 and 2 is the kind of thing that really only happens once per generation. We pushed it really hard." Richmond added that the graphical leap was thanks to a rewriting of the core engine's architecture, something that Naughty Dog only hopes to do once every console cycle.

"Uncharted 2 to 3 is still a jump, but its a narrower jump. And going forward, it depends on what we do. There are always ways to improve stuff, always ways we can pull out more stops... like changing optimisations, changing streaming animations, getting more polygons on screen, progressive mesh," Richmond said.

"But I don’t think you’ll ever see that same jump again, at least on a PlayStation 3. There was just so much power left over in the PS3 when we made Uncharted 1, that we figured out how to use and really took it to town when developing Uncharted 2."

Uncharted 3 would not be a better game if ti had better graphics, sure they are nice, but is it really worth a upgrade at this point, and how much better will tehy really get? look atthe titles this year, Batman:AC, Skyrim, Rage and so on, graphically were not too bad off, id rather save my pennies for a couple more years.

aztec 18 Oct 2011 10:23
3/12
@Sean_Lowe
I agree with you in every way about the next-gen consoles coming early but i have to disagree on uncharted. IT WOULD'VE been a great game without its awesome graphics because the fact that Naughty Dogs developed it. Oh and Rage's graphics $uck$ @$$...

I don't think Sean Lowe was suggesting any different to what you're saying - "Uncharted 3 would not be a better game if it had better graphics", so he's saying the graphics aren't necessary for UC to be good.

What are you disagreeing with?

turd 18 Oct 2011 14:12
5/12
Look at metal gear 3 and look at the launch titles for ps3 there isnt really that much of a difference and Metal Gear played so much better than the much anticipated launch titles. Sony and the other companies should wait until developers get familiar with a new console before they put it out on the market then just wait like 10 yrs until they put out a new one

Because Naughty Dog has a very strong philosophy of developing a new character/game/series for each generation of consoles. So what that means is that we will not have Uncharted 4 on PS4, we will have Game-X on PS4.

I personally don't care how much juice the PS3 has left to offer in terms of improving graphics. There is still a lot to be done and made for the PS3 and I'm looking forward to it. :-)

while what you say is true, i doubt sony will let uncharted go of the chart (pun intended!) for the PS4 just maybe naughty dog wont be developer..

Yeah, Naughty Dog make prettty decent story-based games so it doesn't matter which generation they release the next Uncharted. It is kinda cool to be playing an entire trilogy on one console though.

I don't know which version of RAGE you've played but the pc version is stunning... but it is the most powerful platform by a huge margin atm

Playstation Cheater terrygetmoney1 20 Dec 2011 16:07
10/12
terrygetmoney1 is a cheater on several Playstation 3 games including Call of Duty Black Ops, Modern Warfare 3 and Red Dead Redemption. This punk uses a modded PS3 console with an aimbot and a modified controller. Not only that, he sucks so bad that he has to camp to get kills.

Playstation Cheater terrygetmoney1 20 Dec 2011 16:08
11/12
paxsato is a known cheater on Red Dead Redemption for the Playstation 3. This uneducated punk uses a modded PS3 console with an aimbot, a modified controller, wall hacks, and the invincibility glitch. If you see this ignorant cheater in a game just vote to kick his ass out. For those of you on Call Of Duty Black Ops we have also recieved several complaints about paxsato cheating on that game as well.

Red Dead Redemption Cheater paxsato 20 Dec 2011 16:10
12/12
paxsato is a known cheater on Red Dead Redemption for the Playstation 3. This uneducated punk uses a modded PS3 console with an aimbot, a modified controller, wall hacks, and the invincibility glitch. If you see this ignorant cheater in a game just vote to kick his ass out. For those of you on Call Of Duty Black Ops we have also recieved several complaints about paxsato cheating on that game as well.
Posting of new comments is now locked for this page.