King of Fighters XIII Pre-order Bonus is a CD Soundtrack

Retail version will come with all sorts of other gubbins. 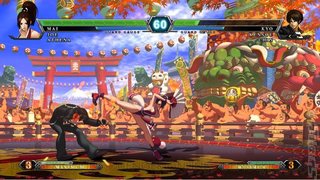 With many eyes on Capcom's Street Fighter and Namco's Tekken, it's easy to forget that SNK's King of Fighters represents one of the industry's most popular classic fighting series. There's a lot of love out there, and with the release of the thirteenth title Rising Star is ensuring those fans are catered for.

Pre-ordering King of Fighters XIII will net you a special goodie package, which will consist of a limited edition 4 CD soundtrack covering the musical history of the brawling franchise. The retail version will include the game, an A3 poster, art disc and reversible sleeves - so altogether it makes for a tidy bit of swag.

King of Fighters XIII is due for a release in November, no doubt about to get muscled out by a load of other heavyweight releases.
Companies: Rising Star SNK