Deadly Premonition: Director's Cut Coming to US in April 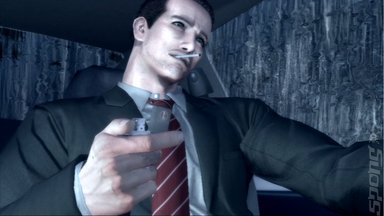 The PS3 exclusive Director's Cut of Deadly Premonition has a release date for North America. Publisher Rising Star Games has revealed that the enhanced adventures of Francis York Morgan will land on Sony's console on April 30.

The press release that accompanies the news is almost as bizarre as the game itself, touting the Director's Cut's new features in a rather vague manner that makes us wish we had Zach to figure it all out.

Pre-order customers will get a DLC pack that's apparently "so plush, that Agent York (and Zach) will feel like their investigation in the small country town of Greenvale just turned into a vacation." The release adds that the content expands "on the mystery beyond the original game and let Agent York (and Zach) live it up in Greenvale."

Odd. A EU release date can't be far behind, now we have one for the US. Rising Star is usually good at these sorts of things. So no doubt we'll hear soon.
Companies: Rising Star
Games: Deadly Premonition: The Director's Cut