Everyone loves a bit of Cliffy B 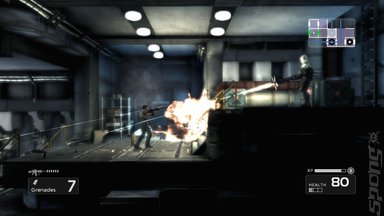 More side-on exploration action, please
A sequel to the much-loved Shadow Complex is, according to Cliff Bleszinski, pretty much done. Apparently all it needs is someone to add some finishing touches and it'll be ready for gamers to get their hands on.

Developed by Chair, a subsiduary of Epic, the game was actually in production over a year ago but was shelved in favour of getting work done on the iOS title Infinity Blade.

Now it seems that the money from Infinity Blade has given Chair a bit more freedom to do as they please and work on the follow-up has been restarted. The original game, which has also spawned a series of books by acclaimed author Orson Scott Card, was a tale of backpacking, romance and near-future civil war in the Metroidvania style and won many fans with its challenging gameplay.

"Shadow Complex 2 is sitting there, it's actually largely designed," says Cliffy. "We just need to find a partner that will help us to finish it so we can bring it to market."

It was also meant to be released on Apple devices but was canned in favour of something a bit more dazzling. "We needed a flagship product for iOS, plain and simple," says Bleszinski but he was worried that it wouldn't be quite right. After some deliberation, Infinity Blade was thrown into the pot and became one of the biggest sellers on iOS.

Admittedly it's a very pretty game, but there's not much to it... We'd have preferred to see a version of Shadow Complex in all honesty. Still, at least there's the original version and if some nice dev team wants to give Cliffy B a call and get the sequel finished up, that would be just splendid.