Kudo is "super jazzed" as always. 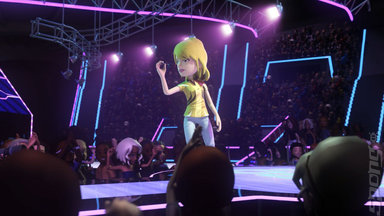 It's not just about the games any more
Kinect hasn't even been out for a year but it's already been hacked in a thousand different ways. Most of the time big companies get rather annoyed if the public start tinkering around under the hood of their hardware, but Microsoft's Kudo Tsunoda doesn't think that way. In fact he positively embraces it.

In an interview with Wired.co.uk, he talks about his delight at the level of innovation seem from the hackers. "I think it's amazing how you see so many people out there doing things with Kinect that we never could have thought of when we started working on it," he says. With amateur coders cracking Kinect within a week of release and now experimenting with everything from 3D printing to webcasting, Microsoft has now embraced and even encouraged development by releasing an SDK.

This led to the creation of Fun Labs (announced at E3 earlier this year), a collection of toys to show off Kinect yet further, but now Tsunoda wants to ramp that up even more. "You can go onto Kinectshare.com which is a website that shares a lot of the user generated content made from Kinect, and anybody can submit their Kinect innovation in through the site." Site visitors then get to vote on what they think is most interesting and winners will be brought out via Fun Labs.

The first one to make the leap from the site is Keyboard Anywhere, a minigame that anyone who has seen Big will recognise immediately. Aside from games, Kinect has also been used in medical science which Tsunoda finds incredible. "I just think it's one of the most amazing things to me when you start seeing something like Kinect that was made for entertainment purposes being in a place where it can really help people's physical well-being," he admits.

With such innovations after only ten months, what kind of things can we expect down the line? "It's hard to say where things will be because it moves so fast," admits Tsunoda. Kinect has already surpassed the expectations of many and is only limited by the work of those who continue to experiment and imagine.