Every silver lining has... 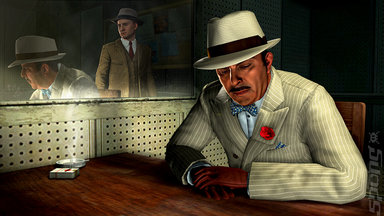 Take Two Interactive has released some drab figures for the most recent financial quarter but it's also declared some sales figures for major titles.

The declarations on its official announcement are all very upbeat, so it makes you wonder how the company made a loss.

First up, L.A. Noire, which released on May 17, 2011 in North America and May 20, 2011 internationally on console. It has sold-in "more than 4 million units worldwide" since its launch.

Next, Duke Nukem Forever, which released on June 10, 2011 internationally and June 14, 2011 in North America... no sales figures for that one. However, Strauss Zelnick did say in an analysts' call (via GamaSutra) that, "Despite its disappointing reviews, Duke Nukem Forever was profitable for Take-Two."