Take 2 Thanks Duke Nukem and L.A. Noire for Loss 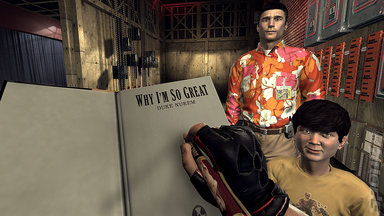 So, that would be a loss then of $41m then. The company also states its net income for the period, and that makes some unpleasant reading:

That's also a loss then.

Nevertheless - and of course - Strauss Zelnick, Chairman and CEO of Take-Two, commented, "During the first quarter, we delivered revenue and Non-GAAP profits that were in line with our expectations.

"Given our solid performance year-to-date and robust pipeline of upcoming new releases, we are well positioned to be profitable on a Non-GAAP basis in fiscal year 2012."

He also looks ahead, "Looking ahead to fiscal year 2013, we have already announced three exciting new releases: BioShock Infinite, Spec Ops: The Line, and Borderlands 2, and we have a very strong pipeline of yet-to-be announced titles in development.

"As a result, we continue to expect to achieve substantial revenue and earnings growth, including Non-GAAP net income in excess of $2.00 per share."

chris 9 Aug 2011 14:03
1/1
Anyone else see the grand theft auto v official webpage? I typed in http://gtav.com and a website pops up now for GTA V. They had on there that the game will be released in 2012, and set in Los Angeles. I really hope they don't do LA for the game, I prefer something overseas so the game has a different feeling. Though if they did do LA it would be cool to have some rappers and cool actors in the game. Slap around a few of those bums!
Posting of new comments is now locked for this page.