Pachter On Game Development: Sweatshops Should Have Unions But Games Studio Not

Analyst decides to get into social engineering 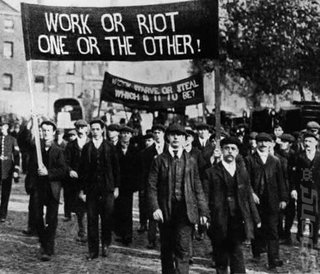 Media personality, friend of the industry, financial analyst and now political commentator and social engineer, Michael Pachter has weighed into the Team Bondi over-time and work practices debate with all the knowledge and subtle insight of Paul Gascoigne at a stake-out.

"Sweatshops should have unions but games studios, which tend to pay people a lot of money, shouldn’t" he opines, apparently unaware that the point of a sweatshop is that it's not "worker-focused".

But there is more from the great mind of the social reformer. On the Team Bondi issue:

“Making a game is not easy, it is a complicated process, managing the process is really hard.

“The LA Noire project was disrupted, and there were several false promises of finishing the game, and poor Brendan McNamara – who is probably going to be ‘rich Brendan McNamara – was put in the position to get his team to crunch and get it done more than once.”

The fact that ex-Team Bondi members and freelancers are claiming that crunch-time for the game basically started in the first week appears to have escaped Mr Pachter. But that doesn't stop him.

"If your complaint is you worked overtime and didn’t get paid for it, find another profession", he points out to what are apparently whining developers and development staff.

He continues in this manner on his PachAttack! show on GameTrailers saying of the Team Bondi staff that they "were asked to work crazy hours, I don’t know anybody in game development who calls it a 9-5 job."

From that he leaps to:

“I think there’s a legitimate complaint if crunch time is never-ending. Crunch should be the last three to six months of game development.

“I do get that it is a bad and unfair business practice to work 18 months non-stop overtime, I don’t think anybody was entitled to overtime pay.”

This is because people get paid bonuses see. Well, right now, no one is actually sure if many of the devs who left Team Bondi will get bonuses, but that doesn't stop Mr P.

“I just don’t have a whole lot of sympathy for people who say ‘I worked for such-and-such, and I didn’t get paid, and that’s not fair."

“If you want to be an hourly employee, go build automobiles, and what will happen is they’ll close down your plant some day and you’ll be out of work."

Because, of course, no one has ever closed a game development company.

Next time: Mr Pachter talks about how to improve the game of cricket.

Ryan550 25 Jul 2011 15:26
1/1
What a load of balls... you should always get paid for the work that you do... overtime or not! To simply say "go work somewhere else if you don't like it" is absolutely astonishing to put it lightly and it definitely sounds like Pachter needs to be dragged off his high horse by the ankles.

better yet.. I would love to hear his reaction if he didn't receive his bonuses but the Dev's of team Bondi ended up getting paid for the hours they worked.

Patchter: "You should always get paid for the hours you work! Dev's who receive bonuses should work harder than those who are underpaid!!"

In short... roll back your tongue and keep your mouth shut and the next time you get a chance to speak out... Don't...