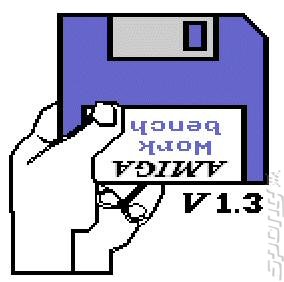 Why is Kinect getting all the criticism? "You know what? This is exactly like the mid-80s when we got the Amiga and we started playing with a mouse", says Peter.

"I can remember everyone writing about how the mouse is the worst thing for gaming and it took a little while for the development community to start exploring and experiment with it. But out of that exploration and experimentation came Wolfenstein and Doom and real-time strategy games. Before that we were all doing stuff with a joystick."

What this means is either, as Peter says, that "any invention as big as Kinect just takes a while for us to get our teeth into."

Or that like the Amiga, Kinect will fade into memory?

Oh, and Peter Molyneux also runs Lionhead which produces games that are definitely not on rails!

config 12 Jul 2011 17:47
1/4
Peter, for a good number of years the mouse was pretty useless as a game controller. Yeah, it was fine for pointy/clicky adventures, RPGs and strategy games like, erm, Populous and, um, Syndicate. I remember trying to play a bike racing game with a mouse. It was terrible. A digital stick was miles better.
And let's face it, the Amiga was pretty much dead (yeah, thanks Commodore) when that "a while" had passed and the processing grunt of the PC delivered unto us the the realtime FPS, and the mouse as a game controller became "mainstream".

So maybe we're waiting for Kinect to deliver on that promise of detecting the flick of a finger before games can really take advantage of it. And maybe that won't happen for a generation or two.

deleted 12 Jul 2011 19:57
2/4
Wolfenstein & Doom! My first play of WolfS & Doom was a keyboard only experience, there was no free look and as such keyboard was just as good as mouse for that, sure Quake now that was more of an experince but im sorry, its like your comparing Kinect to the first time you played a game with a 3DFX card after years of software rendering only, its not that good it doesnt make you go OH WOW!, its kinda Meh infact...
more comments below our sponsor's message

codemonkey 13 Jul 2011 10:27
3/4
I think Molyneux has a point I dont think the full potential of the kinect has been explored yet.

prowler 16 Jul 2011 06:29
4/4
@config
It's all about horses for courses. As you mentioned, a mouse is great for certain genres of games, not so great for others. Have you tried using a joystick to play point and click games, RPGs and strategy games? A joystick is not really the appropriate device for it and vice versa.
Posting of new comments is now locked for this page.