BioWare on Mass Effect 3: We've Learned From Past Mistakes

Bringing back some core RPG elements. 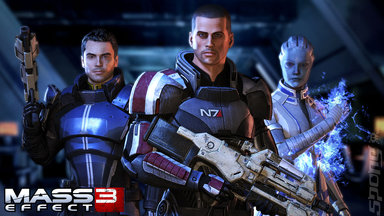 BioWare has revealed that it will be bringing back some of the more complex RPG elements of the original Mass Effect into the upcoming Mass Effect 3.

The news comes following feedback from players regarding the streamlined experience in Mass Effect 2. "We got a lot of feedback from fans that [the customization options] were too cumbersome, so we totally removed them for Mass Effect 2," says producer Jesse Houston in a recent interview. "We might have cut a little too deep with that."

"We learned a lot about the way story flow should work [from Dragon Age 2]", Houston added. ?I don?t want to go into too many details, but ultimately, we?ve listened to the fans in a big way: We?re taking it very, very seriously and we?re committed to making sure we don?t repeat mistakes."

Such tweaks include the ability to get up close and personal in combat with the Omniblade weapon, and the opportunity to fuse customisation options into a more visual, intuitive weapons modifications menu. Such changes are making players worried as to whether the game will veer too far from its RPG roots and be more like a third-person shooter.

BioWare is intending to mix the best of both worlds, but only time will tell if the studio can pull it off.