EA Boss Has No Sympathy for Activision's Kotick

Pins them for their "horrific mistakes" 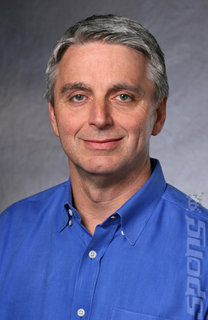 The CEO of EA, John Riccitielo, has spoken up about his feelings towards Bobby Kotick, CEO of one of the company's main competitors in the current games market, Activision.

Asked in the interview whether he felt any sympathy regarding the scrutiny that Activision CEO Bobby Kotick is going through in recent times - scrutiny not dissimilar to what he went through a few years back - Riccitiello replied "No, I don?t actually feel sorry for the other guys; I think they?re making some really horrific mistakes."

He further talks of winning back the trust of shareholders, employees and gamers, explaining that:

"If I were to rank them in priority order, it would be impossible because there?s the theoretical argument that everything you do is for the shareholder. If you don?t serve your customer, there is no shareholder; if you don?t treat your employees well, then there is no product for the gamer to buy, which generates profits, so it?s this perfect pulling troika, in a way,"

Riccitiello also explained that three years ago the company was not making any money, had lost shareholder and gamer support and had a high attrition rate. He goes on to explain that thankfully this has been turned around now with a friend of his defining brand loyalty as how quickly someone will respond to a negative comment on an internet blog or forum.

Elsewhere, EA has just come under legal attack from Activision. All is not well between the two companies.

Surprised at Ricitiello's comments? Any thoughts, feel free to post them in the Comments section below.