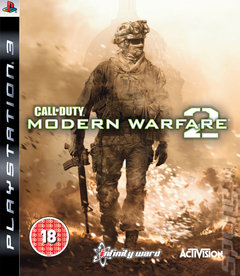 All Images (2) »
The legal tussle between Activision and former Infinity Ward heads Jason West and Vince Zampella just turned extra-nasty, as the publisher has added Electronic Arts to its list of lawsuit targets and revealed that it is seeking damages of $400 million.

Activision claims in an amended complaint that EA began luring West and Zampella away from the company as early as July 2009, when the pair still had two years left on its publishing contract. It is alleged that EA CEO John Riccitiello met with them in secret via talent agency Creative Artists.

EA "intentionally interfered with contracts, engaged in unfair competition and aided and abetted breaches of fiduciary duty by the executives," according to the document. "Although West and Zampella preferred to portray themselves -- both to the public and within Activision -- as game developers often forced to battle with corporate 'suits,' the reality was and is much different.

"They were small-minded executives almost obsessed by jealousy of other developers and the thought that another Activision game or studio might share their spotlight."

You can read the document in full via Joystiq.