Good times ahead for major publisher 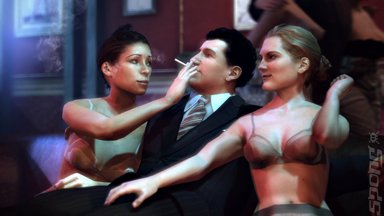 Janco Partners analyst, Mike Hickey, has predictedthat the publisherTake-Two will experience strong sales of its original and exiting franchisee over the next two financial years.

Although Hickey does not see the publisher releasing the next main instalment in the Grand Theft Auto series of games over its next fiscal year that will run from April 2011 to March 2012, the release of titles such as Max Payne 3 and L.A Noire will help the company to maintain financial sustainability over the period.

He also predicts that the anticipated release of Grand Theft Auto V in 2012 will help the company net $750 from estimated sales of over 16m units. Hickey added that he expects high sales and revenues on the release of the newest in the FPS franchise, Bioshock Infinite with estimated sales of 4m units and $182m generated in revenue.

The analyst also remained hopeful towards the boxed retail market, a major market for Take-Two amidst the rising popularity in the digital distribution, casual and mobile games markets.

No need to do a second take here then. Do you think Hickey's predictions will be accurate? Or is he merely aiming to get some attention among the gaming fandom for saying that one of the biggest publishers going will do even better over the next two years? Any thoughts, feel free to post them in the Comments section below.