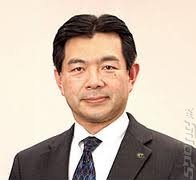 Kenji Matsubara
Tecmo Koei CEO, Kenji Matsubara, has resigned from the company citing 'personal reasons' and will be replaced by Koei founder, Yoichi Erikawa, as president and CEO.

According to Andriasang, "In the video game division alone, the company lost 1,623 million yen, sucking up the profits earned in areas like pachinko, amusement facilities and media rights (books, CDs, DVDs, goods). The company blamed the losses on a delay in the release of Trinity Zill O'll Zero and on investments required for titles set to be released in the third quarter and beyond."

The resignation was announced at a board meeting with undetailed 'personal reasons' stated for the rapid exit - Mr Matsubara leaves on November 30th.