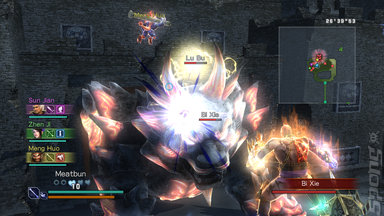 The developer of the Dynasty Warriors series of games, Tecmo Koei, announced at a press conference today that the latest instalment in the franchise will allow players to play the game in 3D.

Taking to the stage after being introduced by Tecmo Koei CEO Kenji Matsubara, Sony Computer Entertainment Japan president Hiroshi Kawano revealed that Dynasty Warriors 6, the next instalment of the long running hack-and-slash franchise will include 3D support.

Attendees at the press conference held at the Akasaka Blitz event hall in Tokyo were then treated to a 3D trailer of the title. The game includes new systems such as "Seamless Play" which sees the game transition from cut scene to gameplay effortlessly and a new story mode named "Chronicle Mode".

You can check the official site for Dynasty Warriors 6 out here.