3D is a bit rubbish is basically the statement 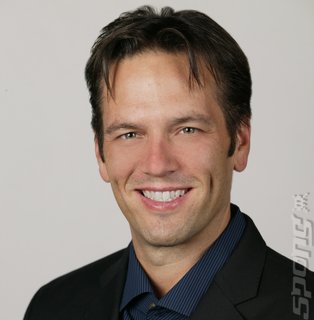 Phil Spencer
Business in the USA is often a case of "Kick the opposition, it's easier" - hence Phil Spencer, the corporate vice president for Microsoft Game Studios, has decided to get into the ring with Sony over 3D.

Mentioning no names, Spencer tells CNN,"As an entertainment company, we're trying to do things that millions of people can go enjoy today. And for better or for worse, people just don't really have TVs in their house right now that are going to do 3-D in a way that's going to work."

Not clear enough that it's Sony that Mr Spencer feels the need to deride? Try this: "As a corporate mandate, I don't need to sell you a new TV. That's not part of my business model. Other companies maybe have that part of their business model. I don't."

But he does have some time for a compliment about Nintendo's 3DS - which he hasn't used yet - "I like the 3DS... you don't have to wear the glasses."

We think you've made your point, Phil. But no! Rotweiller Spencer dives in again, "A bunch of people sitting around the living room wearing $150 glasses -- I'm just not sure that's kind of mainstream today...

"Trying to get a bunch of people playing together in a room where not everybody sees the same thing - is kind of a weird disconnect to me."

Possibly not if a new survey from U-Decide in the States is anything to go on. According to IndustryGamers, the survey indicates that, "80% of gamers are actually willing to wear glasses to play video games and watch 3D Blu-ray movies. While interest in 3D climbs without the glasses, the difference isn't as big as some have made it seem. When glasses are no longer necessary, the participation level climbs just 12%."

So, what of Batman: Arkham Asylum 3D from publishing partner, Square/Eidos, "It felt a little more like a science experiment than something that's going to go touch millions of people."

Ouch. So, no 3D for Microsoft then? "Clearly, we're not going to ignore 3D. I think it is something that will play a role in entertainment."

Back in your kennel Phil.
Companies: Microsoft
People: Phil Spencer

John Elliott 20 Oct 2010 10:29
1/6
I'm glad that Microsoft isn't going to go down the 3D route just yet. It's all based on the belief that everyone will have all the new high tech equipment. I still don't have a HDTV which ruins some of the games that I play (Most notably any game that requires you to read very small text, Dead Rising I'm looking at you) and If I'm honest, I couldn't really care about 3D in the first place. It's become something that companies use to "improve" a product. If something sucks, putting it in 3D will just make it something that sucks and also gives you a headache.

Even though I have no 3D tv and no plans to upgrade to one any time soon, I'm glad Sony have added the functionality to my console ready for when I am.

gingineer 20 Oct 2010 11:05
4/6
i agree with irritant, Sony are adding this function for free. i don't need xbox gold membership for free functionality when/if i go 3d. i think Spencer got it wrong. i think 3D for games is to increase the experience for the single user not a fun for all the family addition.

PurpleGekko 20 Oct 2010 13:02
5/6
Microsoft will always try to punch holes like this in whatever Sony does that they can't yet. He makes it sound like Sony are expecting everyone to upgrade immediately to 3D... Someone should tell him its optional.

PreciousRoi 21 Oct 2010 02:06
6/6
@irritant and if Sony acts true to their previous form, the 3d feature will later be abandoned or deleted, shortly before it becomes affordable enough for most gaming consumers, only to be brought back in the next iteration of their console.
Posting of new comments is now locked for this page.