Real-world objects to digital objects a no-go at launch 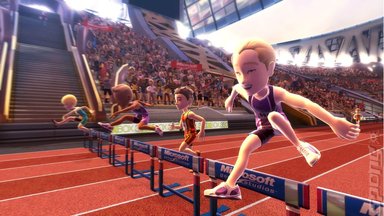 Microsoft's Kinect spokesperson, Kudo Tsunoda, has revealed that another promising feature of the peripheral - the ability to translate real-world objects into a virtual one - will not be realised on its 10th November launch date.

"Being able to digitise real-world objects and take them into the virtual world - we saw a little bit of that at E3 last year, but it's not stuff that we have in any of the launch games right now," Tsunoda told Eurogamer, adding that "I think we're going to see a lot more games start using that as well as we go forward."

Since its initial unveiling at E3 last year, Kinect has gone from an enticing prospect for core gamers to a peripheral specifically targeting the casual market. Features and hardware capabilities have slowly been stripped since Microsoft's impressive showing in 2009.

The feature was best detailed last year in Lionhead's Milo demo, where Kate "drew" a picture on a piece of paper and held it up to the Kinect camera to 'pass' on to the virtual child. The peripheral transferred the image into the game's world and allowed Milo to recognise the basic shapes and colours.

Tsunoda was quick to point out the features that will be present in Kinect (and its launch games) when it arrives in a few months time, though. "Some of the stuff I've been super interested in creatively is the stuff we have in Kinect right now, where you have not only the full-body technology but being able to understand the intonation of somebody's voice and how they're saying something. Also the human recognition stuff we've built where you can step in front of the sensor and get signed into Xbox Live right away."

No digitisation? Is that a deal breaker for you? Tell us in the comments.
Companies: Microsoft
People: Kudo Tsunoda

PaulRayment 9 Sep 2010 11:46
1/9
More so it was pushed in the fake family promo too where the girl wore a virtual dress and the kid rode his skateboard.

If I'm right this says it isn't in the launch games, not that it isn't possible? Really all the launch games seem to do is motion tracking with voice only used for the dashboard. Considering voice won't be world wide at a launch I can see why.

I am beginning to think that we should use two headlines from now on:

2) A Company That Isn't the Company You Like Does Something - You Will Hate It!

munial 9 Sep 2010 16:05
7/9
sorry - posting at work in rush, no time elbrorate - the title which I see in my igoogle feed caused panic as it implied the scanning feature has been dropped. Click through and lo and behold it is a scraped from a casual comment saying the launch lineup doesn't use this feature, which we all pretty much knew anyway as the launch lineup is a pile of dross, and in fact, nothing at all has been dropped, and no features have been stripped away. Just struck me as a rather alarmist and out-of-context use of quoting for the sake of it.
that is all.. not trying to troll, although apologies again for sounding as such..

Tim Smith 9 Sep 2010 16:26
8/9
munial wrote:
Just struck me as a rather alarmist and out-of-context use of quoting for the sake of it.
that is all.. not trying to troll, although apologies again for sounding as such..

Thanks for taking the time and the courtesy to come back and make the larger point, much appreciated. It's not that we don't take criticism, we do.

Once again, cheers for bothering to follow-up.

I totally agree with you about the misleading headline. (It's not DROPPED at all)

Though I don't agree with you about the game line up as there are some games there that intrest me and I can't belive they will get a worse reception than the Move written game are getting ,the reviews for the Move games are just abysmal.
And adding a patch to a game may make it intresting for a day or two but its still the same old game.
Looks like Microsoft were also holding back on the announcment of all the Kinect games to -
Microsoft promises new Kinect games at Tokyo Game Show next week
"the company will unveil "even more new controller-free games and experiences never before possible,"

http://www.joystiq.com/2010/09/08/microsoft-promises-new-kinect-games-at-tokyo-game-show/
Posting of new comments is now locked for this page.