Also, expect big sales on day one of move 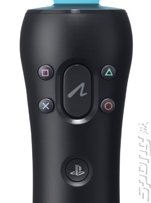 Sony Computer Entertainment Europe's MD has stated that there's never been a "life-cycle" for the PS3. He's also pointed out that we're not to expect big first day sales of Move.

Let's deal with the first thing first. Ray Maguire was responding to a question from Eurogamer: "Will (Move) extend the life of the PS3 in this new era of ten year life cycles?"

"That question almost sounds like there's a life cycle timing which is defined", said Mr Maguire, continuing, "The answer to that is, we've never had that attitude with PlayStation. We continue to evolve it from day one."

Time for some joined up reading and reporting folks. Earlier today Sony Computer Entertainment CEO, Kaz Hirai, was reported as saying that PS3 would beat PS2 at "at the end of the ten-year lifecycle".

So, has someone switched the marketing message on Mr Maguire or on Mr Hirai?

The former also had this to say regarding Move.

"Move is a natural extension in the same was as we brought EyeToy to PS2, and finding another way of interacting with the consumer in a way that takes away some of the fiddly buttons and starts to bring in a different audience."

We've put a picture of the Move's buttons in this story... just so you can remind yourself of the buttons.

Finally, on sales, Mr Maguire is sanguine, "Am I expecting a massive day one? Not particularly. We didn't with EyeToy, either. It went on to be massively successful."

We'll have our Move hands-ons up for you soon.
Companies: Sony
People: Ray Maguire