Germany 1 England 5?let?s do it again! 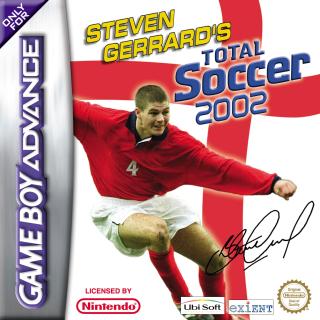 All Images (4) »
It was probably going to happen sooner rather than later. England?s latest young football star, Steven Gerrard, signs up to endorse a football game? You bet! After a performance like the one he put in on September 1 in the Germany game, he?s the obvious choice. The midfield powerhouse from Liverpool has put his name behind Ubi Soft?s next Total Soccer title (wait for it) Steven Gerrard?s Total Soccer 2002, due for release on Game Boy Advance in October 2001.

The 21 year-old is already a big favourite on the international scene, despite being a relative newcomer to the England team. The maturity of his game belies the fact that he?s still only in single figures when it comes to England caps, and even the most casual of footy fans can see he has the potential to become one of the greatest ex-YTS trainees ever. Ubi Soft also recognise this, and have moved quickly to sign him up.

Total Soccer 2002 builds on the winning gameplay formula exhibited by its Game Boy Color predecessor, whilst really exercising the processing power of the Game Boy Advance. With 174 real-world teams to choose from, players can participate in either friendly matches or full tournaments at national, European and International levels. The cartridge comes with its own battery backup, giving you the opportunity to put down the ?unputdownable? part of the way through a tournament, without the worry of losing game data. With a 2-player link up mode also featured, Total Soccer 2002 is all set to keep gamers interested long past the end of the season.

?Steven Gerrard?s skill and commitment to the finer points of football give him much in common with the philosophy behind Total Soccer 2002?, said Jim Hill, Product Manager, Ubi Soft Entertainment. ?We feel his signing adds weight to an already fantastic title?.

Gerrard himself commented, ?When I?m not playing football for England and Liverpool, the next best thing is playing computer football games. I have been a big fan for a long time and this has got to be the best game I have ever played. It is so realistic ? you can do all the moves you do in real life and because it is on Game Boy Advance it looks great and I can take it with me and play it anywhere.?

Gamers will be able to see for themselves next month just how good a game this is.