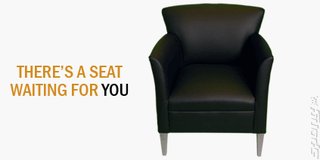 UK Labour Member of Parliament for Leicester East - and very public anti-video gaming voice - Keith Vaz showed his commitment to a serious debate on that topic today by not taking his seat in an industry panel event at Westminster.

The non-appearance of the MP at the Westminster eForum was greeted by those in attendance with good humour - and not a little derision. One person to express his feelings on the subject was opposition Conservative MP Ed Vaizey (Wantage & Didcot) the shadow minister for culture. He quipped that, following remarks made earlier this week by Venezuelan president Hugo Chavez, Mr Vaz should be known as Keith 'ChaVaz'.

Vaz had been lined up for a panel discussion entitled, "Options for government and supporting the sector". The theme of the event included a debate on, "Should government support for ?culturally British? games include those with violent or questionable content?"

Also on the panel were, Richard Wilson, Chief Executive Officer, (TIGA) and Keith Ramsdale (Vice President EA Northern Europe) among others. The panel was to conclude by taking "Questions and comments from the floor" (details here - PDF).

According to MCV, "Attendees jeered upon hearing the announcement that Vaz wouldn?t be attending after all, and the crammed meeting room was evidently filled with industry execs who wanted to ask Vaz to explain his frequent colouring of games as evil."

Ian Livingstone of Eidos, rather than a tub of lard, replaced Vaz.