It's taking a Dragon's age 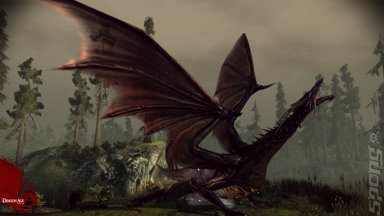 The saga of Dragon Age Origins Return to Ostagar DLC appears to be going on longer than a game based on a saga. First it went up. Then it came down again with a promise of going up, and now it's been delayed once again.

A lengthy post on the official forum goes into detail about why no platform is going to be seeing the DLC for a while yet.

It includes these salient points: "DA:O is an incredibly large, very deep and complex game, making it virtually impossible to test every system and permutation possible for each update/DLC."

And, "Unfortunately we did not foresee the changes being made to impact the systems it did, which is how something seemingly so visible still managed to avoid the dev team, and multiple test cycles of seasoned QA all through our internal teams, and EA & MS cert teams, and ultimately ended up out to the public.

"Short term, this means another delay across all platforms for the immediate console patches and Return to Ostagar DLC releases as this is a substantial increase in test coverage, and that time is needed to do so and ensure there are no other knock on issues with either the main game, the updates or the DLC."

But there is better news... "a fix is already in test for the 360 issue and looking very good, we hope to have a new update out as soon as possible and will update you as best as we can. If successful through the updated test plans, it will still deliver the expected fixes as well as restore the game saves for anyone affected by this week's title update. For now, we do not have a timeframe for when the fix will pass approval and certification, but we will keep you updated."

SEI 30 Jan 2010 20:36
3/3
They may have a seasoned QA Team, but they sure don't have Configuration Management Team!
Posting of new comments is now locked for this page.