VP of worldwide studios flares up the fan wars. 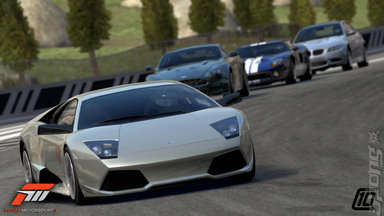 During an interview with Gamasutra, the Microsoft boss man took a jab at the developer of competing Sony exclusive Gran Turismo 5, implying that Polyphony's racer may not see a release at all. When asked about whether Microsoft has a commitment to emphasise on first-party, rather than third-party, exclusives, Spencer said;

Oh Phil, you card. Fans of Forza and Gran Turismo appear to be at constant loggerheads on forums and blogs, and comments from the people involved can only really flare up the fan wars even further.

The interview covers a whole range of other elements, such as Microsoft's introduction of Social Networking services, whether Natal can really live up to the promise, and the 'critical mass' of Xbox Live Arcade. You can read the whole interview at Gamasutra.
Companies: Microsoft
People: Phil Spencer
Games: Forza Motorsport 3