Beware Sony & Nintendo: Microsoft's Natal is Not Just for Gaming

Bill Gates speaks up about Natal for the office 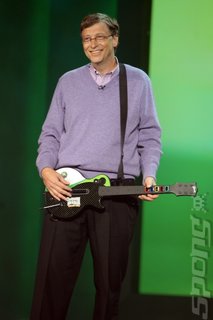 This would seem to be the case for Project Natal technology. And that comes from Bill Gates. In a recent interview, Gates told Ina Fried that "The software libraries and applications we're doing around Natal" have a " value (that) is as great for if you're in the home, as you want to manage your movies, music, home system type stuff, it's very cool there.

"And I think there's incredible value as we use that in the office connected to a Windows PC. So Microsoft research and the product groups have a lot going on there, because you can use the cost reduction that will take place over the years to say, 'Why shouldn't that be in most office environments?'"

This doesn't simply come from wishful thinking from the former CEO. It derives from the fact that the technology underlying Natal did not come from the gaming division. Says Gates of the initial idea, "Microsoft research did the original stuff to show, with the depth information, something great could be done. Then both the Xbox guys and the Windows guys latched onto that and now even since they latched onto it the idea of how it can be used in the office is getting much more concrete, and is pretty exciting."

With the full cross-divisional force of Microsoft behind the system, we would expect a low-priced and ubiquitous Natal - possibly a control system to be used irrespective of PC or console system.

Kiro 16 Jul 2009 08:08
1/2
Ohh please Microsoft or Bill Gates infact just shut up. Project Natal isn't as amazing as its made out to be... I mean who cares, it won't catch on on the XBOX anyway, must XBOX owners are too fat and prefer to hold the controllers and jump around infront of a camera if they wanted to do that they'd buy a Wii..

You realise that camera controlled games have been out for a while?