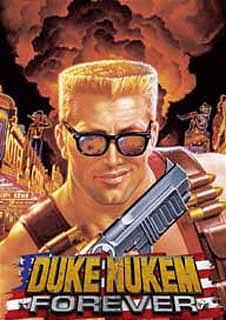 3D Realms might be dead, but it looks like something has oozed forth from its corpse. Duke Nukem Forever footage has apparently leaked out onto the Internet.

The footage, which you can see below, shows in-game footage spliced with 3D modelling. It might not look all that polished, but it gives us a taste of what might have been...

It was apparently leaked by Bryan Brewer, a former 3D animator at 3D Realms, to try and get him more work. If you feel like employing him, his contact details are at the end. The video reportedly appeared on his site, but has since been pulled.

It's unclear as to whether Forever might ever see the light of day. A glimmer of hope exists, as Take-Two claims to have the publishing rights.

Daz 11 May 2009 11:51
1/1
looks like it might have been fun, but I think reviews would have devoured it, for taking too long to release it, what the hell where they doing all this time?

If they'd released it 9 - 10 years ago they could have had like 4 - 5 more dukes out by now, or they could even have released some games to fund it if that was the problem (which they may have done and I just didn't notice)