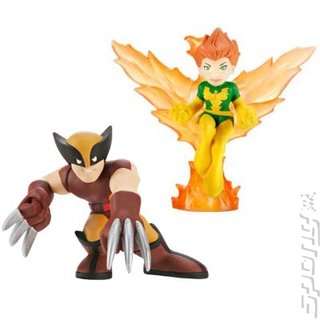 THQ and Marvel Comics have signed a deal that will enable them bring games based on Marvel's Super Hero Squad franchise to the world.

The deal gives THQ the exclusive global rights to the franchise and is described as 'multi-year'. The first game to spin out of the deal is scheduled for Autumn 2009.

SEGA currently has the rights to several Marvel characters lined up for movies, including Iron Man which was released last week. Activision, meanwhile, has the rights to the non-Super Hero Squad version of Spider-Man.

Super Hero Squad is a range of kid-friendly toys using Marvel characters including Spider-Man, The Hulk, Iron Man, the X-Men and the Fantastic Four - they have over-sized heads and feet. Strips featuring Super Hero Squad are currently featuring in certain Marvel Comics, while an animated series based on the brand is in the works.
Companies: Marvel THQ