Father of PlayStation Not Setting Up Video Game Publisher 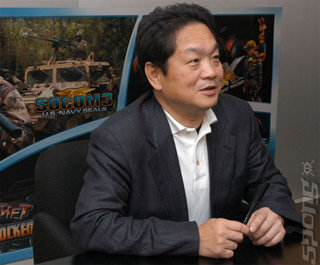 Ken Kutaragi - welcome back.
Japan's Nikkei is reporting that 'Father of PlayStation' Ken Kutaragi is to work for a company called Kadokawa Group Holdings as a non-executive director if the shareholders agree the board appointment at their June 22nd AGM.

Kadokawa has ownership of some 50 companies in various parts of the media - including video game development. It also controls Enterbrain the company behind Japan's 'gaming bible' Famitsu.

Kutaragi was replaced as president of Sony Computer Entertainment Incorporated (SCEI) in November 2006 amid rumour and speculation as to jumping or being pushed. Other rumour arose that Ken would be starting his own software publishing operation.

His replacement was the then president and CEO of Sony Computer Entertainment America (SCEA), Kaz Hirai.
People: Ken Kutaragi