Will join the board at the end of June. 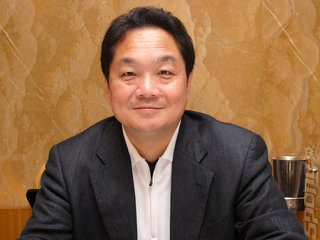 Where in the world is Ken Kutaragi? The 'Father of PlayStation' has been quiet for a while, since retiring from his duties at Sony. But now he's found a new gig - as the External Director of Japanese developer Marvelous AQL.

The company, behind such titles as Soul Sacrifice, Harvest Moon, Rune Factory and Fate/Extra, hopes that Kutaragi's appointment will allow its business to develop further in Japan and overseas markets. He takes his executive seat at the end of June.

Recently Marvelous has been making some moves to expand in the Western market. Its absorption of foreign subsidiary XSEED will allow it to serve as the company's US arm, while it has also acquired Atlus Online and plans to expand its mobile and social plans.