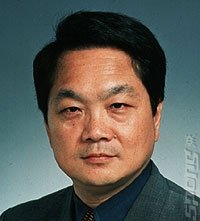 Back in 2008 we reported that Father-of-PlayStation, Ken Kutaragi was working for a firm called Kadokawa Group Holdings. That company owns "some 50 companies in various parts of the media - including video game development."

Well, now he's joined a company called Cyber AI Entertainment. According to a report on Hoecs (not 'hoax') and another in the Nikkei the company was established in October this year, its name is a pun: ?ai? being Japanese for ?love? and a pun on the word ?eye?.

Kutaragi takes 90 percent stake of the has 20 million yen funded start-up. Develop says that the company "will work in the field of internet services".