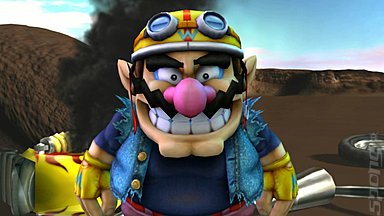 A recent 1up podcast appeared to announce - via a quote from Nintendo of America's ever ebullient CEO Reggie Fils-Aime - that Super Smash Bros. Brawl won't be hitting Europe until the Autumn.

The site's Shane Bettenhausen, referring to Super Smash Bros Brawl in Europe quoted Reggie as saying, ?They don?t get Smash Brothers till Fall??.

We thought that was a GameCube game? Surely Reggie couldn't have been chatting about a game from 2002?

Of course not; but neither, was Fils-Aime talking about a European release for Super Smash Bros Brawl. At least not according to the retraction posted on the site.

Says Bettenhausen, "While recounting some of the info that I learned from Nintendo of America's President & COO, Reggie Fils-Aime, I implied that the European release of Super Smash Bros. Melee had been moved to the fall of 2008...that's not quite accurate, as neither NOE nor Reggie has announced any official release date at this time.

"Reggie did tell me (and the other media present) that the release had been pushed out of the winter/spring time frame due to the amount of localization required to get the game up and running all the various European languages. But Reggie did not say WHEN Europeans will get Smash Bros., just that it would be at a later date than the U.S."

SPOnG spoke to a Nintendo representative last week who told us, "nothing has been announced regarding a European release date."