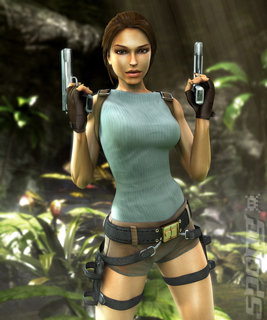 Lara Croft: still shooting stuff for SCi.
SCi, the parent company of Eidos, has announced that it has terminated discussions regarding a potential buyout.

SCi tells us that it didn't receive a formal offer within "the timeframe requested". Further to that, the company states:

"The Company is announcing today that the Board no longer believes that a sale of the Company for its full value is likely to be achieved at the current time and has reached the view that it is not in the Company's or its Shareholders' interests to prolong these discussions further and therefore offer related discussions have been terminated today."

SCi remains positive, however. Apparently, as a result of the discussions, "certain commercial and strategic opportunities have emerged which the Company is continuing to explore and progress."

It first became apparent that SCi was in talks about the potential sale of the company back in September, when it cautiously announced that it had been approached with a potential offer for the company. Various names were linked to the offer, including Warner Bros and (as ever with any high profile buyout) Electronic Arts. SCi has not confirmed who made the approach, however.

There have been a number of high profile buyouts and mergers of late. The standout is Activision and Vivendi joining forces to form what will be the world's new biggest third party publisher, Activision Blizzard, taking that crown from EA.
Companies: Eidos SCi