Is Microsoft really taking its multimedia Trojan horsing around seriously? 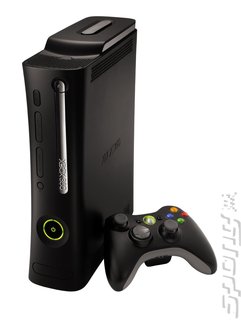 Once upon a time, the consensus was that the Xbox 360 was Microsoft's way into your living room to take over your media world. With a recent CES-based announcement, SPOnG is no longer certain if that much energy is being expended within the company in relation to the 360's invasion.

You see, Microsoft has - once again - announced that it is teaming up with BT, which already offers its BT Vision service through a set-top box, to provide an Internet Protocol Television (IPTV) service through the Xbox 360 by "the middle of 2008".

Okay, however, during last year's CES, Gates mentioned that IPTV was coming to the UK in partnership with BT during 2007.

2008's version: ?Xbox LIVE, the largest online social network in the living room, will be seamlessly integrated into the experience, providing consumers with a wide range of community-based features, such as voice chat, sending and receiving text and voice messages, and accessing Xbox LIVE Marketplace, all while watching TV. For example, while a TV viewer is enjoying his favourite football game, he can receive a message from a friend inviting him to join a voice chat, or they could play a game of their own with EA SPORTS 'FIFA Soccer.'?

The exact same passage appeared last year, but with ?Madden NFL 07? in place of ?FIFA Soccer?. You can see for yourself here. Very efficient. Very multi-cultural. Although it does suggest to us that by not preparing an entirely fresh media onslaught, Microsoft might not be taking the whole 'Trojan horse of multimedia' thing as seriously as everybody had previously expected.

The announcement was made during Bill Gates' keynote at the Consumer Electronics Show in Las Vegas - with the president of Microsoft?s Entertainment & Devices Division, Robbie Bach, joining him on stage.

Rounding out his keynote, Gates said, "The final announcement, last year we talked about the 360 being an STB (Set Top Box) - this year we're excited to announce that BT will be the first to provide that capability. Buy a 360 and use it as an STB for your TV."

More details were forthcoming from Microsoft, with a written announcement telling us that the service will be available to anyone with a BT Broadband connection and an Xbox 360. The partnership will give "instant access to hundreds of movies and thousands of hours of sporting events, television programming, music videos and other digital content, such as BT Vision Sport?s 242 'near-live' FA Premier League football matches?, according to Microsoft.

We're told that the service will be ?seamlessly integrated? into Xbox Live, with users being able to access the service's community features and Xbox Live Marketplace while watching TV.

?Last year at CES, we announced Xbox 360 on Microsoft Mediaroom as a powerful platform capable of enabling new entertainment experiences for consumers, and we are pleased to team with BT to bring this service to market?, said Enrique Rodriguez, corporate vice president of the Connected Television Division at Microsoft. ?Together we are enabling BT Vision customers to be the first in the world to enjoy this next-generation TV and gaming entertainment experience.?

The other corporo-quote comes from the CEO of BT Vision, Dan Marks. ?For the first time consumers in the UK will be able to experience the advantages of an advanced TV service together with the benefits of next-generation gaming?, he said. ?Our aim is to provide BT Vision on multiple platforms ? giving customers greater convenience, control and flexibility over what they watch, when they watch and how they watch TV. It also means that we are able to potentially expand our BT Vision customer base by tapping into the popularity of Xbox 360.?

So, why has it taken a year from announcement to... well, basically another announcement? Is IPTV really that important to Microsoft via the Xbox 360? We're exploring right now.
Companies: Microsoft
People: Bill Gates Robbie Bach

deleted 7 Jan 2008 12:29
2/6
This is ridiculous, using BT for such a venture, BT vision provides Freeveiw through an ariel and IPTV is basically downlaoded movies and sports along with various docs and cartoons etc, now if softy was serious about this home intergration service, Virgin Media is where they should of started, with a cable network service that better provides speeds and more choice of TV, along with HD possibility and ON demand services, MS could offer the Movie downloads still. i here you say not all the uk has access to Cable well not all the uk has access to BT services such as fast broadband and (UPTO being there fav word) the bt vision service is limited to certain areas, with the US using cablecard services for media centre why couldnt something like this be intergrated with virgin, infact an incentive to sign up could be a free 360 with the required equipment all installed and working for free! i see more negative than positives with this. that is if it actually ever takes place? not to even mention hard disk limitations for all this on demand content, all of those with 20gb HD who refuse to pay over the supid odds for a 120GB HD or upgrade a prefectly good Arcade or Premium for an elite will we be able to use this service, and if we can how much can we store at a time?
more comments below our sponsor's message

SuperSaiyan4 7 Jan 2008 13:21
3/6
Dont forget a lot of that stuff is stream only or temporary, TV shows are permanent though but how many people want to keep old shows for ages on their hard drives? Because even then 120gb is not enough people will always be needy of more space.

Did you entirely miss the whole part about Mediaroom? How about M$ wants to push their Mediaroom tech, which is already working on the 360!, so have partnered with the only company using it here in the UK....... Virgin are about as useful to them as I am.

The whole logic here is genius. Microsoft provide a full On Demand service for the 360 through their own technology, but by using partners such as BT they dont need to negotiate all the content deals with all the companies in all the countries. A quick look on wikipedia suggests Germany, Singapore and the US may be next in line.

The only bad thing I see for Microsoft is the BT Broadband lock... meaning the marketplace video store will have to stay open.

Rod Todd 7 Jan 2008 15:20
6/6
So, why has it taken a year from announcement to... well, basically another announcement?
So, how long would be acceptable for it to take to put together a partner with an IP network (Microsoft don't have one) and a content package (Microsoft don't have one) and enable that partner to successfully launch their own service before launching yours? A year seems fair enough to me. Particularly since the last announcement was US focussed.
Posting of new comments is now locked for this page.